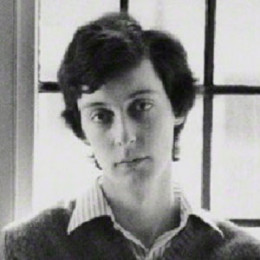 Rothschild was the millionaire heir to the banking dynasty which all started with Mayor Rothschild who was the original patriarch of the family. They have taken over the international banking since the late 1700s. Rothschild entered in his family business in 1987 joining his family firm, N M Rothschild & Sons. He was even made chief executive of Rothschild Asset Management first and then after 3 years was promoted as a chairman.

Amschel Rothschild was born Amschel Mayor James Rothschild on April 18, 1955, in Paris, France. He was the last born of Victor Rothschild and Teresa Georgina Rothschild. His half siblings are Jacob Rothschild and 4th Baron Rothschild who are from his father's side. Rothschild belongs to the mixed ethnicity of Jewish, English, and German.

The origin of the Rothschilds started with Mayer Rothschild who was the original patriarch of the family. They have been linked with international banking since the late 1700s.

Jewish descent came from his father while his mother's parents were of English and German descent. For schooling, he enrolled at King's College School, Cambridge, and The Leys School. He attended City University at London where he studied economics, history, and archaeology graduating in 1976.

Rothschild was able to become a successful business dealer and financier. He started his journey by joining his family firm, N M Rothschild & Sons in 1987. In 1990, he was made the chief executive of Rothschild Asset Mangement, one of Rothschild's weaker assets and was promoted as the chairman after 3 years.

Rothschild was a trustee of one of the Rothschild foundation named Yad Hanadiv which was a philanthropic foundation set up in Israel. While his time there, he worked in many projects which includes the construction of the Supreme Court and courtyards known as Knesset in Jerusalem.

Their firstborn Kate was married to Ben Goldsmith who was the son of a late billionaire. She gave birth to three children Iris, Frank, and Isaac who were the first grandchildren of Rothschild and Guinness.

Rothschild was interested in farming and she owned a farm near Bury St. Edmunds where he spent most of his times. He was also into racing and was known to be a great amateur racer. His passion finally led to him winning the Peter Collins Memorial Trophy Race which took place in Silverstone in 1996.

Rothschild's death happened in July 1996. He had attended a meeting at Paris, France which discussed plans related to a merger of asset management companies. After that, he was found hanging on the towel rail of the bathroom with a belt tied to his neck at Hotel Le Bristol Paris.

When the post-mortem result came out it was clear that his death was fully a suicide case. The reason for his suicide is rumored to be his mother's death which occurred six weeks before his death. He had gone into depression but didn't show it often as he used to be a reticent man who didn't quite show his feelings.

Amschel Rothschild married Anita Patience Guinness in 1981 and was together until the saddened death of Rothschild.

Kate Emma Rothschild was the firstborn of Amschel Rothschild and Anita Patience Guinness who was born in the year 1982.

Alice Miranda Rothschild was the second born of Amschel Rothschild & Anita Patience Guinness who was born in 1983.

James Amschel Victor Rothschild was the third born child of Amschel Rothschild & Anita Patience Guinness who was born in 1985.