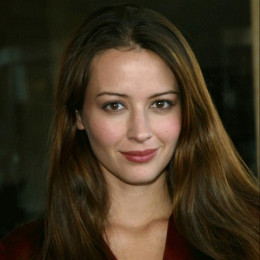 Amy Acker is a popular face in the American entertainment industry and she is well known for her work on the TV series Angel and Kelly Peyton on Alias. She was seen in the roles of Winifred Burkle and Illyria. She is a regular appearance on season three of Person of Interest and she plays Samantha "Root" Groves. She was born to lawyer father and homemaker mother. She was into acting from her early age due to which she did her graduation also in theater.

Amy Acker is a married woman and living a happy family life along with her two children and husband. There are not any rumors about her personal as well as professional life. Her marriage has turned out being a successful one and she is making good progress in her professional life too with support from her partner. There are no records about her former boyfriends though. Media and reports prefer looking at her work rather than personal life so, her personal life still remains hidden in lots of aspects.

Amy Acker was born as Amy Louise Acker on December 5, 1976, in Dallas, Texas to a homemaker mother and a lawyer father. She holds an American nationality and belongs to the white ethnicity.

She is popularly known for her roles on TV series, Angeles as Winifred Burkle and Illyria.

Amy completed her graduation from Lake Highlands High School in Dallas and subsequently earned a bachelor degree from Southern Methodist University in the theater.

During her junior year in college, Acker gets a chance to modeled for J. Crew catalog and the same year she received her Bachelor degree in Fine Arts. Even she worked as a stage actress for several seasons, including a stint at American Players Theatre in Spring Green, Wisconsin.

She made her television debut through Angel where she appeared in season 2 and continue till its fifth season. In 2003 she succeeded to won  Saturn Award for Best Supporting Actress on Television for her portrayal.

She lent her voice in animated series Justice League Unlimited for the character of Huntress. Even Amy made a guest appearance on How I Met Your Mother and reunited with her Angel co-star Alexis Denisof.

In 2010, she joined the ABC drama Happy Town and the same year she starred in the season one finale of the Fox series Human Target.

She appeared in many series and movies such as;  The Good Wife,  The Cabin in the Woods, Much Ado About Nothing, Husband's, Person of Interest and much more.

In March 2017, Acker was signed for the prospective Fox television series The Gifted, which was picked up to series in May 2017.

The 40-year-old actress is a married woman. She tied a knot with her long-term boyfriend James Carpinello on April 25, 2003 in California. As per the source, their wedding was an intimate ceremony.

Amy and her husband James are leading a wonderful life with their family. There have been no rumors yet regarding their divorce or extramarital affairs.

Acker is one of the talented actresses who succeeded to establish herself in entertainment fraternity in short period. Her net worth is also quite impressive as she has $2 million.

Amy got married to James in the year 2003. He is himself and actor and this acting duo have successful career. They are supporting each other well and they do understand each other.

Ava Grace Carpinello is daughter to Amy and James. She is a happy child and a has very cute smile. She is very adorable.

Jackson James Carpinello is the another child to Amy and James. He has been brought up with care and the couple loves him a lot.