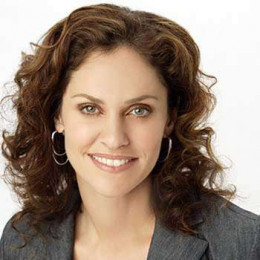 Amy Frederica Brenneman is an actress, writer and producer, best known for her portrayal as Janice Licalsi in the ABC police drama series NYPD Blue, which earned her nomination for two Primetime Emmys. Some of her film credit includes Heat, Things You Can Tell Just by Looking at Her, Nine Lives, Fear and Daylight. She was born to Russell Langdon Brenneman, Jr., an environmental lawyer and Frederica Joanne, a judge.

Accounting her personal life, she is a happily married woman. She has been enjoying her marital relation with her husband since 1995 and together has raised two children: son and a daughter. Her husband is a film director by profession. There is no point on talking about their divorce as the two seems pretty satisfied and happy with each other's presence. There is no any record of her past affairs.

He is the first and only husband of Amy, who is a television and film director. They started dating each other in Jan 1994 after meeting on the set of NYPD Blue for the first time.

She is the eldest and only daughter born to Amy and her husband.

He is the eldest child of Amy, who is often spotted with his parents at various events and programs.