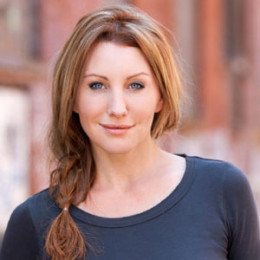 Amy Boogadie Matthews, better known as Amy Matthews, is the host of DIY Network’s Sweat Equality. She is a licensed general contractor and is a host of the Bathroom Renovation as well as HGTV’s Renovation Riders. She is a personal yoga trainer and her work has featured in popular publication including Real Simple, Men's Health and New York Times.

Amy Matthews was born on 19th May 1973 and grew up in the city of Robbinsdale, Minnesota. Her birth sign is Taurus.

She attended Boston University and the American Musical and Dramatic Academy.

From a very early age, she was involved in social service. She worked with the church youth group of repair and renovate the house of the poor people who did not have the financial privilege to build their houses.

Later, she continued working as a skilled learned renovator with The Family Handyman Magazine. During the period, she became a licensed contractor and home improvement specialist with DIY Network (a channel owned by Scripps Networks Interactive).

Here's Amy Matthews showing up the remodel of her  1970s rustic rambler:

She has even played a lead role in four independent feature films and regional commercials including 3M Scotch Blue painter’s tape as well as the HomeAdvisor.

Moreover, she worked with Habitat for Humanity and Jimmy and Rosalynn Carter Work Project in different cities such as New Orleans, Los Angeles, St. Paul, and Chiang Mai, Thailand.

The husband and wife are blessed with a son named, Eli which completes their happy family.

She loves quality time with her family and even visits different places which she shares via Twitter where she has 5.7k followers.

Talking about Amy’s net worth, she has an estimated net worth of $700 thousand.

Her source of income includes hosting the television shows and a personal yoga trainer.

Aaron is an explorer, educator, public speaker, author and adventure learning pioneer. Besides he is Learning Technologies Media Lab's co-founder and professor at the University of Minnesota.

Eli is the only son of Amy and Aaron.