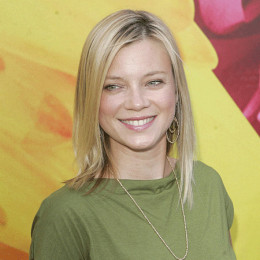 Amy Lysle Smart is an actress and fashion model, best known for her role in films like Mirrors, Just Friends, Road Trip, The Butterfly Effect and in a television show Shameless. In FHM magazine's "100 Sexiest Women in the World 2006", she was ranked 74. She is the daughter of Judy Lysle and John Boden Smart, a salesman and has Irish, German, English, Irish and some Swiss-German and Dutch ancestry.

Her personal life is simple and sweet. She is now married to her long time dated boyfriend, who is a model and American Television personality. The couple started dating from 2010 and they got married in 2011. They are often spotted together at streets, restaurants and various events and seems like they have a great bonding with each other so there is no point on their divorce.

He is the first husband of Amy, who by profession is a model and television personality.