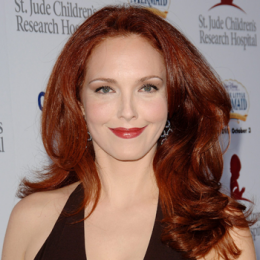 Amy Yasbeck is a celebrated actress of film and television. This pretty lady of American nationality, has been known best for the portrayal of Casey Chapel Davenport in the sitcom Wings and also for the role of Madison in the television movie Splash, Too. Her television credits include acting in The Mask, Robin Hood: Men in tights, Pretty Woman, Problem Child etc. She was born in Blue Ash, Ohio.

Amy has been well-known for her marriage and the consequent death of her husband due to a heart attack. She has been together with her husband since 1995 until his death and she has a daughter with him. Apart from this, she has never been known to have dated anybody else and seems to be single as of now. Her daughter is an actress too.

John Ritter was the husband of Amy Yasbeck since 1995 until his death through a congenital heart attack.

Stella is the only child of John Ritter and Amy Yasbeck.