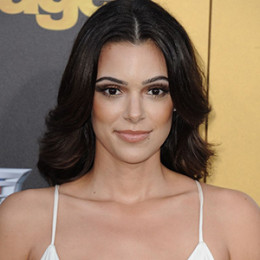 Anabelle Acosta is one of the prominent Hollywood actress. She started her professional career in acting by working in national commercials. She got into mainstream acting after working in "We Made This Movie" in 2010. Anabelle is mostly known for her work in the series Ballers as Annabella and in Quantico as Natalie Vasquez.

Anabelle Acosta is possibly single as of now but previously she was rumored to be dating hip hop artist Wiz Khalifa but she totally denied it.

Anabelle Acosta holds a net worth of $2 million.

Anabelle Acosta was born on February 28, 1987, in Havana, Cuba to Cuban-American origin parents. She grew up with her younger brother Jason Acosta and went to Juilliard School in New York to learn acting.

Other movies of Anabelle Acosta include The Next Hit, Freelancers, By the Gun and Construction. She has worked in the TV series Grace, Breaking in, Perception, Supernatural, and Castle as well.