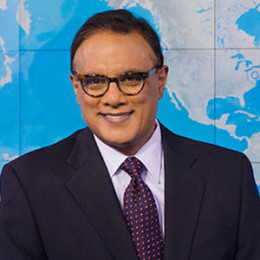 Anand Naidoo is the South African and American correspondent for CCTV America based in Washington who works as an anchor. Anand began his broadcast career in Belgium. He was the evening news anchor for South African broadcasting Corp and also worked as a news editor on radio. Anand anchored the breaking news coverage on the bomb blasts at the US embassies in Kenya.

Anand Naidoo joined CNN America in October 2012 after six years of work as an anchor for Al Jazeera English and ten years as CNN International‘s world news anchor. He received several awards including the George Peabody and Alfred I. DuPont – Columbia university awards for coverage of the Tsunami disaster in South Asia and Bronze World medical for best news anchor at the New York festivals international TV and film awards. Naidoo has not disclosed any information about his personal life and relationships.