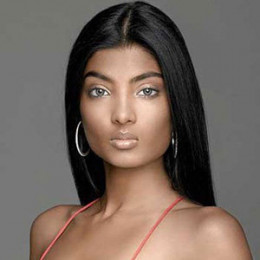 An Indian-American fashion model and actress, Anchal Joseph is currently single. At the age of six,her family migrated to Homestead, Florida. She tried out for America's Next Top Model, Cycle 7 at the age of nineteen. Anchal Joseph modelled for Zoom Magazine and French Vogue. She was voted "Cover Girl of the Week" for the first two weeks of the cycle and won numerous fan polls on "The CW Lounge".

She has also taken part in the action to promote AIDS prevention. Anchal Joseph faced some controversy when she made comments about the fact that people with lighter hair, skin or eyes were perceived as better looking in India when asked about her blue contacts by Tyra Banks. Anchal Joseph is rumoured to have hooked up with Jim Carrey in 2011. She has not disclosed any personal information about her in social sites.