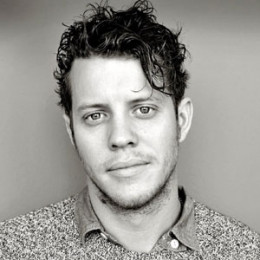 A singer and songwriter whose music is potent, heartfelt, the fashion of soul, Michael Cameron Anderson, is known professionally as Anderson East. He has released the song Satisfy Me in March 2015 and received consistent radio airplay. East was launched his major-label record debut, Delilah, on the Low Country Sound imprint via Elektra in July 2015.

The American rhythm and blues musician Anderson East was born on July 17, 1987, in Athens, Alabama, a small town not far from Huntsville, United States. He grew up in a household where gospel music was favored and his grandfather was a Baptist preacher.

Anderson’s father sang in the church choir, and his mother played the piano in church when he was young. By the time he was in the seventh grade, East had formed a band with his colleagues and made his stage debut with an original song called ‘Brains’.

After completing his schooling, Anderson went on to study in Murfreesboro, Tennessee, at Middle Tennessee State University and graduated in music engineering. After a couple of years, East moved to Nashville. Regarding his ethnicity and nationality, Anderson is a White American.

By 2009, Anderson East had turned professional and was performing with his band the Deputies and he launched his first album, Closing Credits for a Fire as Mike Anderson. After a year, he changed his stage name to Anderson East and released an EO, Fire Demons.

In the year 2012, Anderson recorded his next album, Closing Credits for a Fire in Los Angeles with producer Chris Seefried. The song included from studio aces Waddy Wachtel, Rob Wasserman, and Don Heffington.

Other than that, Anderson also co-wrote two songs "Getaway Driver" and "Well-Rested" with Miranda Lambert for her 2016 album, The Weight of These Wings.

The 30 years old, musician Anderson East is unmarried. However, East is in a relationship with his girlfriend singer and songwriter Miranda Lambert since December 2015. The couple shares many of the same passions. Musical couple Anderson and Miranda just adopted three lucky cats from their local Tennessee animal shelter.

Their three cats names are following, Bobbi McGee (the kitten), Nick Saban and the big boy, Bear Bryant. The pair also stepped out in Las Vegas Sunday night for the 2017 ACM Awards, posing for pictures together outside the T-Mobile Arena ahead of the country music show.

A year ago, they made their romance public when they walked the red carpet at the 2016 ACMs. Moreover, Miranda and Anderson are happy with each other and are planning to get married. The American country music singer Miranda Lambert was married to singer-songwriter Blake Shelton in the year 2011 before dating Anderson. However, the couple got divorced after two years of their married life.

The American rhythm and blues musician Anderson East has earned a good amount of net worth from his music career that estimated to be $1 million. East’s current girlfriend Miranda Lambert has an estimated net worth of around $45 million.