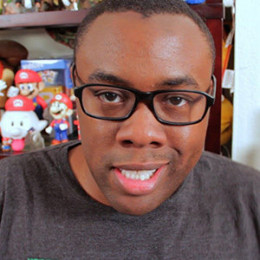 Andre Meadows is an American actor, comedian, and a producer who is popular for his youtube channel Black Nerd Comedy. He also has two other channels Andre and BlackNerdLIVE, where he especially interviews and talks with girls. Andre is popular among his viewers. He spent his childhood in North Carolina but was raised in Los Angeles, California. This multi-talented actorA started his youtube career since September 13, 2007.

He is seen with many girls in his videos flirting and talking but with intentions of comedy for the viewers. He isn’t seen dating and reportedly has no girlfriend. Meadows is quite private regarding his personal life and loves his profession and popular for his works.