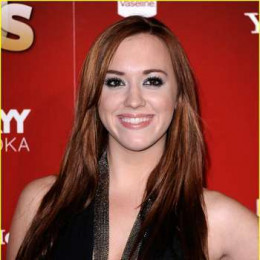 Andrea Bowen is an actress of American nationality, who has been known mostly for her role of Julie Mayer on the comedy drama Desperate Housewives from 2004 to 2012. She has also appeared on One Tree Hill, Law and Order: Special Victims Unit, Boston Public etc. she was born in Columbus, Ohio and has been included in the acting fraternity since 1996 and has been fairly successful in it.