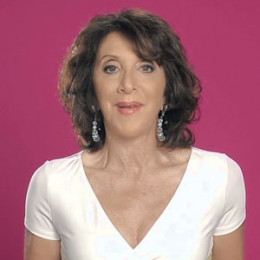 An actress, singer, author and comedian, Andrea Martin is popular for her work on the television series SCTV. She currently stars as Marilyn Kessler on the Hulu original series 'Difficult People,' and as Carol Wendelson on the NBC sitcom 'Great News.'

Andrea Martin was born on 15th January 1947 in Portland, Maine. She is the eldest of three children of Sybil A. and John Papazian Martin, owner of Martin's Foods, a grocery store chain.

Her paternal grandparents were Armenian immigrants and moved to the U.S. from Turkey to escape the Armenian Genocide. Martin holds American nationality and belongs to white ethnicity.

In 1972 Andrea Martin played the character of Robin in a Toronto production of Suckingafatone. In 1973 she won the Sitges Film Festival Award for Best Actress. She worked in sketch comedy television series, SCTV in 1976. In 1992 Martin made her debut on Broadway with the musical 'My Favorite Year.'

From 2012 to 2013, Martin played Berthe, Pippin's grandmother, in the American Repertory Theater production of Pippin in Cambridge, Massachusetts, singing the classic song "No Time At All."Also in 1997 starred in the television series Life... and Stuff.

In 2006 landed a main role in the remake of Black Christmas. On 27th July 2009, she played an emergency room patient on the Showtime series, Nurse Jackie.

On 5th August 2015, Martin appeared in Night at the Museum 3 and Hulu's original series, Difficult People. On 7th December 2016
she played Prudy Pingleton on Hairspray Live!.

Andrea Martin married Bob Dolman, writer, and actor on 27th December 1980. They together have two sons, Joe Dolman an actor born in 1983 and Jack Dolman born in 1981. Her sons have dual Canadian-American status due to their father's Canadian citizenship.

In 2004 Martin and Bob divorced. After separation with Bob, she has not been linked with anyone. Martin is possibly single right now.

Andrea Martin has been a leading spokesperson for the Children of Armenia Fund (COAF) and a host of their annual gala since 2000.

In 1993, she won Tony Awards and Theatre World Award in a category of Outstanding Featured Actress in a Musical for her work in My Favorite Year.

In 2002, Martin won Elliot Norton Award in a category of Outstanding Actress, Large Company for her work on Betty's Summer Vacation.

In 2013, she won Tony Awards in the category of Best Featured Actress in a Musical and Elliot Norton Award in a category of Outstanding Musical Performance by an Actress for her work Pippin

The winner of numerous award Andrea has a net worth of around $1 million.

Andrea Martin was previously married to Bob Dolman, writer, and actor. They had tied the knot on 27th December 1980.The ex-couple has two sons.