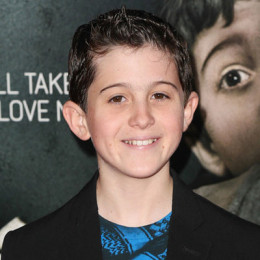 He is an American child actor who is best known for his recurring role on ABC's short-lived series Dirty Sexy Money. He has some television appearances in The Sarah Silverman Program, Criminal Minds, Human Giant and Mad Men. His first feature film role came at the age of 5. Being so young, he is a sensible and kind-hearted guy who is very passionate about working with organizations that help children, families and animals in need.

Regarding his personal life, he has been a bit of low profile in this matter. He is a young struggling actor who has a bright future waiting ahead so for this he has got a lot to put through. He is so cute and adorable that he has been able to build up some lady fans in this short period of time. There is no any rumors about him and has not been through any controversy yet.