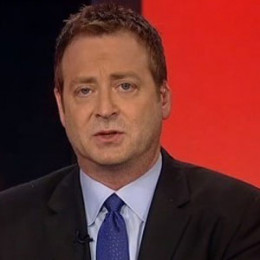 Andrew Levy is one of the commentator and humorist, better known for his performance on the late night show Red Eye w/ Greg Gutfeld aired on the Fox News Channel. Apart from being a commentator on Fox News Channel, he has worked in Hollywood for ten years. He is married to Collin Levey, daughter of Chase and Mark Levey.

Born on 11th August 1966, Andrew spent his childhood in the city of Smithtown, Long Island, New York, USA. He is a son of James Levy and Loretta Puglia Levy. His father was the president and chief operating officer of Harcourt, a school book publisher.

He completed from Smithtown High School East and received a degree in political science from Colombia University.

Andrew is a veteran of the U.S Army. He served at the 31K combat Signaler. His first permanent duty station was the Demilitarized Zone in Korea in the 5th Battalion, 20th Infantry Regiment as a part of 2nd Infant Division. Apart from this, he has served in the 4th Battalion of the 7th Air Defense Artillery Regiment at the Fort Bliss.

He has spent ten years in the Hollywood as the publicist for the 69th Annual Academy Awards and an executive with the Directors Guild of America. He has also played keyboards for singer/songwriter Dalton Grant and has self-described World’s Greatest Cover Band named Suite 69.

On 5th February 2007, he made TV debut as a commentator in the late night show Red Eye w/ Greg Gutfeld. In the show, he served as the show’s “ombudsman” which gained him popularity. He hosted the show until 2013 and handed over the show to Tom Shillue, an American stand-up comedian, actor, and author from Norwood, Massachusetts. Moreover, he is an associate producer at NBC News in Washington, DC.

Andrew is a married to longtime girlfriend Collin Levey, a speechwriter for the U.S. President. They became husband- wife on 17th June 2006, in Chicago. Despite their lasting relationship, the couple has no children, or maybe they are just keeping them away from the limelight.

There is a rumor about their divorce neither of them has given any statement regarding their separation.

Andrew has a good sum of earning from his career as a commentator. According to the sources, his salary from Fox News was about $41 thousand. He has collected an estimated net worth of $2 million.

Andrew Levy and Collin Levey got married on 17th June 2006, Chicago, US. His wife is a speechwriter for the U.S. President and had written a speech for President George W. Bush.