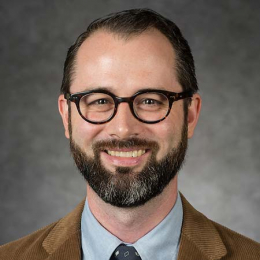 Andrew Rea is an American YouTuber who grabbed wide attention all over the world from his channel "Binging with Babish". He is also an author and has published books like 'Eat What you Watch' and 'Binging with babish:100 Recipes Recreated from Your Favorite Movies and TV shows'.=

Is Andrew Rea in a Relationship? Know More About His Personal Life, Married, Wife and Divorce

Andrew Rea is currently single and focusing his time and energy on his career as a YouTuber. Nevertheless, he had previously mentioned in the Reddit posts of October 3, 2017, that he went through a divorce last year.

Reddit Q&A states, Andrew, married the love of his life in 2014 after dating for ten years prior to taking the boyfriend-girlfriend relationship to the next level.

The Binging with Babish star said he and his partner were high school sweethearts. His spouse was very supportive and excited about the videos which grabbed a viral success in the past few years.

Andrew's eagle-eyed fans speculated something is wrong in his life while the 32-year-old star's quit wearing his dazzling wedding ring. All in all, Andrew Rea was rumored of being a gay cause of his charming looks and mysterious life.

One of his fans noticed him not wearing his wedding ring for a long time and asked some personal questions with him.

"Might be a personal question, but noticed you stopped wearing a ring in your videos? Single now? Up for a bromance? I know someone... (it's me, it's always been me)."

Rea aka Oliver Babish first thanked the person for the question and opened up about his divorce saying,

"And I guess enough time has passed that I can talk about this haha, yes, I went through a divorce last year. Loooooong story."

Andrew Rea is very private about his relationship so no further information about his marriage and ex-spouse is available to the public.

Andrew Rea's Net-Worth; Know About His Income Source and Earning

Andrew Rea's net worth is around $1.2million- $1.4 million which he garnered through his works on the social media platform.

Rea created YouTube channel Binging with Babish which focuses on making food inspired by TV and movies has over 4.5million subscribers and help him earn $136.8thousand - $2.2 million yearly. He also has a patreon page with over 2,733 patrons through which he earns $3 thousand -$20 thousand monthly.

Rea is also an author of cookbooks Eat What you Watch ($17.00) and Binging with babish:100 Recipes Recreated from Your Favorite Movies and TV shows ($26.96). He has the merchandise by his YouTube channel name which on average costs $5- $20 per item.

Andrew Rea was born as Andrew Douglas Rea on September 2, 1987, in Medon, New York, USA. Rea's mother's name is Annie Rea and his father's name is Douglas Rea. Annie was the one who taught him cooking. His mother died when he was just 11 years old. He is very close to his only sibling, an elder brother, David Rea. 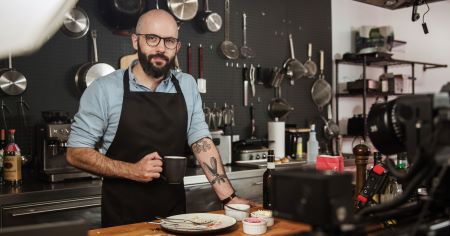 Rea comes from Polish, Italian and Welsh ancestry. He earned graduation from Hofstra University, New York with a Bachelor of Arts in Film Studies and Production in 2009.

Rea worked at Switch FX Inc as a digital effects artist after college and left the job after gaining success on Youtube. He is very fond of Tattoos and has multiple tattoos all over his body.