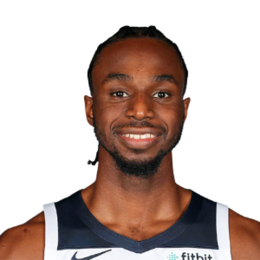 A Canadian professional basketball player Andrew Wiggins currently plays for the Golden State Warriors of NBA. He got traded to Warriors on 6th February 2020. Formerly, he played for Minnesota Timberwolves from 2014 to 2020. During the 2014–15 season, he earned NBA Rookie of the Year honors.

Shares A Child With His Partner

An NBA player Andrew Wiggins prefers to keep the details of his personal life under the radar. His professional life is as clear as crystal; however, people are not much aware of his love life as he keeps it onto himself. 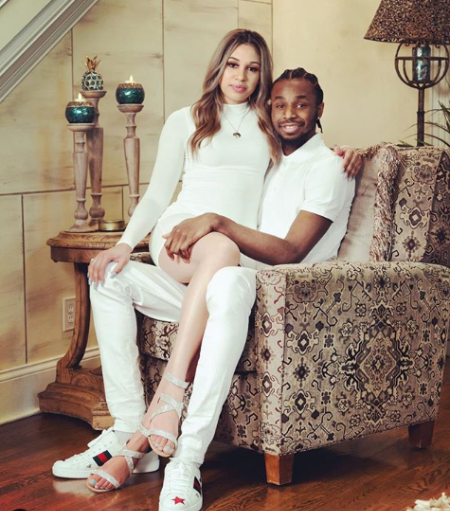 Well, the handsome hunk is currently in a relationship with his girlfriend, Mychal Johnson, who is also a basketball player. The duo began dating in 2013, and since then, they are still together and share a good bond. Wiggins tried his best to keep his affair with Mychal behind the curtains, but he failed to do so.

It is known that Wiggins and his girlfriend have a child, a daughter from their relationship. In June 2018, the rumors of Mychal's pregnancy swirled on the internet, which turned out to be true after the couple welcomed their baby Amyah Wiggins on 12th October 2018. 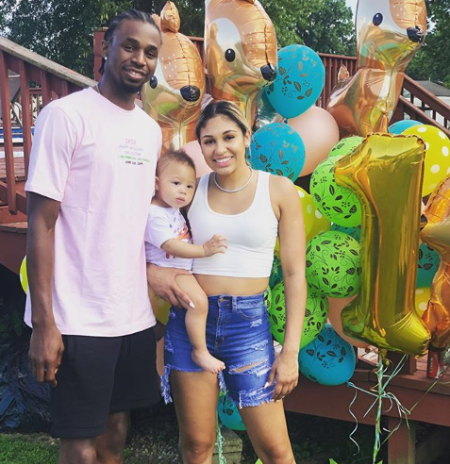 While interviewing, the NBA player said;

Their daughter turned one in October 2019. Mychal wished birthday to their child through Instagram, uploading beautiful pictures. On the caption, she wrote that she couldn’t get over it as her baby girl is 1 today, and she’s the happiest girl with so much personality. 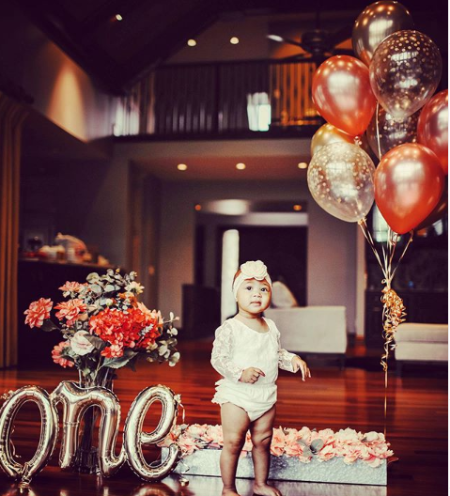 Mychal keeps on giving a glimpse of their relationship to the fans by sharing lovely photos on her Instagram account. Her Instagram walls are filled with beautiful images of herself and her family. On the other hand, the Golden State Warriors player never share pictures of his lover and child on his social accounts. 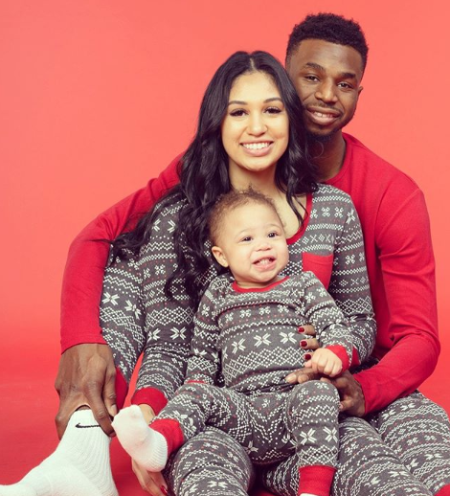 Further, he never talks about it in interviews. What is the reason behind him to do so? It seems he does not want his partner and child to be surrounded by unwanted rumors and controversies. Nevertheless, the duo is successfully raising their daughter by fulfilling all the demands.

Are They Already Married?

Andrew Wiggins and her lover Mychal Johnson are together since 2013, and still, they share an unbreakable bond. They are blessed to be part of one another's life. Although Wiggin do not upload photos of his family, he is often seen on his lover's pictures.

The lovebirds are together for over six years and further share a child. So are they engaged or married? Well, the answer to this question is No! To date, neither Wiggin nor his partner has disclosed when they are planning to get hitched. 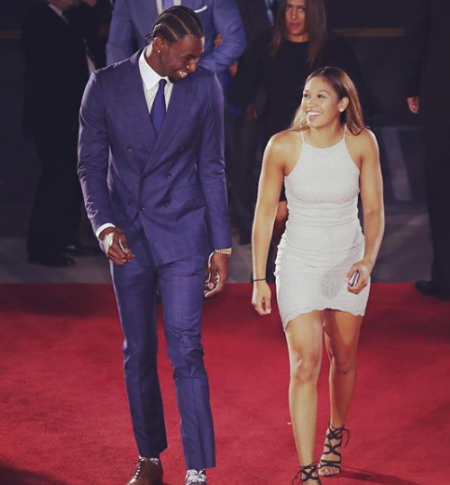 Maybe they are planning to give happy news to their well-wishers soon. Besides, they might also do not have enough time to make plans because of their busy career schedules.

Being a professional Canadian NBA player Andrew Wiggins summons an impressive amount of money and holds a net worth of ‎$35 million. Similarly, Nickeil Alexander-Walker is also a Canadian basketball player.  In the 2014 NBA draft, on March 31, 2014, Cleveland Cavaliers selected him with a first overall pick.

Later on August 23, he was traded to the Minnesota Timberwolves. In 2015, he received a salary of $5.759 million. He played the regular season with TImberwolves until January 2020, and on 6th February, he traded to Golden State Warriors along with the other two players in the exchange of Jacob Evans, D'Angelo Russell, and Omari Spellman.

Besides, Wiggins also plays with the National team. He has a long way to go through his profession; thus, his net worth is bound to rise in the coming days.

Amyah Wiggins is the daughter of a Canadian NBA player Andrew Wiggins and his lover, Mychal Johnson.