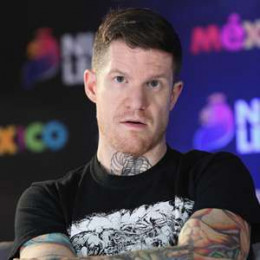 Andy Hurley, born in Menomonee Falls, Wisconsin, is an American musician mainly associated with drums. His father died when he was five years old and his mother was a nurse. Andy went to Menomonee Falls High School for his high school studies and started music with saxophone as his first instrument. Andy completed the degree in anthropology and history from University of Wisconsin–Milwaukee. He was inspired by the bands Metallica and Slayer. Andy is primarily known as the drummer of the band Fall Out Boy. Before getting into Fall Out Boy, he was associated with several other hardcore punk bands.

During the break from the band from 2009 to 2013, Andy Hurley worked as a drummer for the heavy metal band, The Damned Things. He was also involved in the hardcore band FocusedXMinds from around the end of 2012. After 2013, Hurley again came to Fall Out Boy as a drummer. He worked as a drummer in the sixth album of the band, American Beauty/American Psycho which got to the top of Billboard charts. Andy was reported to have been dating previously. He has no children.