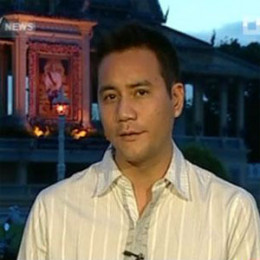 Andy Saputra is an international correspondent news anchor. Currently, he is based in Indonesia, Jakarta. In the year of 2004 to 2012, Andy Saputra has able to covered the so many biggest news events, such as the around Asia beyond and also including the Aceh Tsunami and Bali Australian drug cases. He has also able to covered The Scandal of Malaysian prime minister.Then he became a famous reporter.

He has also covered the 2008 Beijing Olympics, the Myanmar cyclone and crackdown and Sumatran tsunami and Japan tsunami. His stories are famous for such as ‘’Rothehigya: The forgotten people’’ and ‘’Sumatra: The missing forest’’ have received international recognition. And covering a range of political events the election, the president of US visits and regional events ASEAN summits, the UN climate change conference.