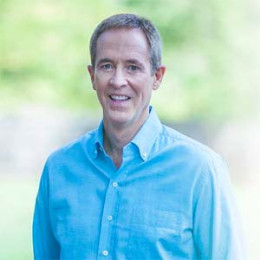 Stanley is married to Sandra and is blessed with three children. He currently resides in Milton, Georgia with his family.

Andy Stanley was born Charles Andrew "Andy" Stanley on born May 16, 1958, in Atlanta, Georgia to Charles Stanley and Anna Johnson Stanley. His Father, Charles Stanley was the senior pastor of the First Baptist Church of Atlanta and founded an InTouch Ministries.

Andy Stanley worked as Associate Pastor and Minister to Students at First Baptist Atlanta during his initial days. Later, he founded North Point Community Church in 1994 along with his five friends.

Stanley also founded North Point Ministries, a worldwide Christian organization that has six campuses and over 32,000 attendees each week. The church has planted more than 20 strategic partner churches in the cities of US and Canada.

Stanley is the founder of Buckhead Church. He founded the church in 2001. The Church has featured in the article of USA Today because of its innovative use of high-definition video for a live speaker.

Stanley has established himself as an author. He published 21 books and all of them are commercially successful. He released his first book titled Like a Rock in 1997.

Andy Stanley is a married man. He exchanged the vows with Sandra Stanley at an intimate family ceremony.

The couple is proud parents of three children, two sons Andrew Stanley, Garrett Stanley, and a daughter,  Allie Stanley. Stanley currently resides in Milton, Georgia and is enjoying a blissful married life along with his wife and children.

Stanley was selected as one of the fourth speakers at the National Prayer Service following the Presidential inauguration.

Stanley became the 10th most influential living preacher, as per the survey of U.S. pastors in 2010. Stanley often visited Willow Creek Association's Global Leadership Summit as a frequent speaker.

Andy Stanley's net worth is reported to be $40 million as per some online sources. He earned a good sum of the salary around $200 thousand per year. Stanley also earned from his books sales, which he donated to different charities.