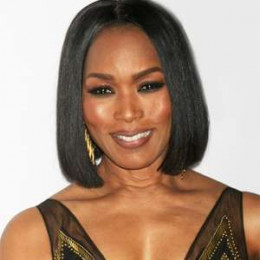 Angela Bassett is an American actress and director. She was born to parents Betty Jane (Gilbert) and Daniel Benjamin Bassett. Angela completed her high school studies from Boca Ciega High School and then went to Yale School of Drama. Bassett was raised with her sister, D'nette, in St. Petersburg, Florida by her single mother. Despite her early success on stage, Bassett had to work hard to break through the common roles usually assigned to African American women on screen.

Angela Bassett started her career as an actress from a mystery television series "Spenser: For Hire". Same year, she also got a chance to be featured in "The Cosby Show". In 1989, Angela appeared in series "A Man Called Hawk", "Tour of Duty", "227" and "Thirty Something". She is an Academy Award- and Emmy Award-nominated actress known for roles in "What's Love Got to Do With It", "Waiting to Exhale", "Malcolm X" and "The Rosa Parks Story". Angela is currently married to Courtney B. Vance.

First Marriage with Courtney B. Vance

She is married to Courtney B. Vance and their relationship is going very strong. Courtney is also an American actor.