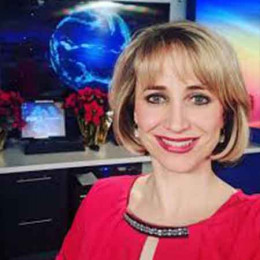 Angela Hutii is a talented American Television personality and news reporter who is a meteorologist for FOX 2 News Saturday and Sunday mornings and as well as she manages content for the stations’ websites, fOX2now.com and KPLR11.com. In 1999, she graduated from Incarnate Word Academy and in 2003, from Western Illinois University she earned her Bachelor of Science degree in Geography/Meteorology.

Angela Hutti is a native of St. Louisan. She completed her graduation from Incarnate Word Academy in 1999.

She received a degree in Geography specializing in Meteorology from Western Illinois University. While still in the school, she joined FOX 2 as an intern in 2002.

Hutti started her professional career working in St. Louis. She worked as a weekend meteorologist for KTVA CBS 11 in Anchorage, AK for three years.

At present, she's working at FOX 2 KTVI as a meteorologist. She joined the network in October 2006. 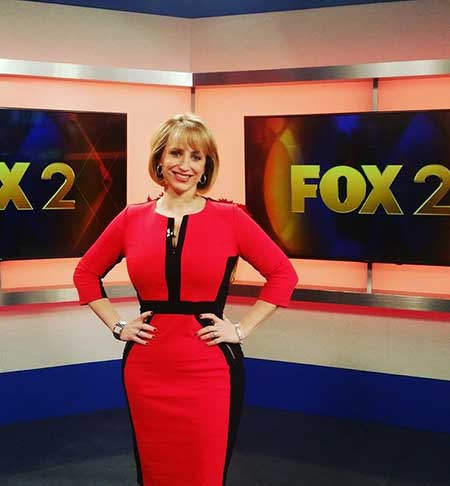 She celebrated 10 years of anniversary working on Fox 2 in October 2016. She shared a love video on Facebook with her co-worker Erika Tallan. Have a look:

Hutti has an attractive net worth and salary at present. However, details about her net worth and fortune are still under review.

Hutti is a happily married woman. She tied the knot to her husband Glen in September 2012.

She celebrated five years of marriage anniversary and posted an image of their wedding via Twitter in September 2017.

5 years ago, I married my best friend. Here's to many more years of adventures and laughs. #marriage #love #friendship #STL pic.twitter.com/ARwHEkJuK0

She mentioned in the image that she tied the knot to her best friend. Huuti and Glen are huge fans of St. Louis Blues and St. Louis Cardinals.

He is a lucky man to have such a beautiful and talented wife. Details about him has not been disclosed yet.