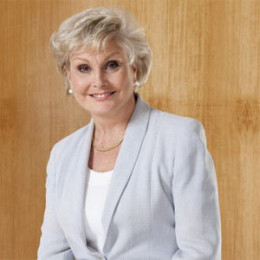 Angela May Rippon is an English TV journalist, she is a newsreader, writer, and a presenter. Before shifting to BBC One's Nine O'Clock News where she became a regular presenter in 1975, she presented TV news and radio programmes in South West England. Rippon was the first permanent female journalist to present the BBC news.

Angela Rippon was born Angela May Rippon on 12 October 1944 in Plymouth, Devon, England to John and Edna. Her father was a Royal Marine whereas her mother worked at Lawley's, a fine china company and was also a seamstress. Both of her parents had dementia during their old days.

She went to girl’s grammar school in Plymouth. Nationality-wise, she is British and belongs to White ethnicity.

Angela Rippon joined photographic office after leaving her school at 17. She worked for the Sunday Independent. Later, she worked in BBC local radio and served as an editor in Westward Television.

She began her TV career at the age of 21, at BBC South West. In 1974, Rippon presented her first national news on BBC2. The following year, she replaced newsreader, Richard Baker on BBC One's Nine O'Clock News.

In 1976, Rippon made a guest appearance at  Morecambe and Wise Christmas Show and gained popularity. From 1977 to 1979, she presented the motoring programme and was the first presenter of BBC television's Top Gear monitor. She also covered the wedding of the Prince of Wales, Charles, and Lady Diana Spencer on 29 July 1981.

She has presented numerous shows on several channels including; Angela Rippon's Morning Report on LBC Newstalk, The Big Breakfast on Channel 4's, Sun, Sea and Bargain Spotting on BBC 2,  Dancing on Ice on ITV,  Rippon's Britain on the One Show and many more.

In 2013, Rippon made her comeback in BBC and co-presented the  BBC One show, Holiday Hit Squad. The next year, she co-hosted the ITV Saturday night entertainment series, Amazing Greys. In 2016, she ran two-part BBC One series, How to Stay Young.

Rippon has successfully established herself as an author too. In the early 1980s, she published her book, a children book called "Victoria Plum." In 1982, her book Mark Phillips: The Man and His Horses won critics' and audiences' heart. She has released numerous books like; Stay Active, Stay Supple, Stay Healthy and the Great Wood.

Rippon is also a donor to the Old Time Dance Society. She was appointed as chair of English National Ballet in 2000, and she attends the society's 25th Anniversary Ball of the Year.

Angela Rippon is possibly single at present. However, she was married to Christopher Dare, an engineer before, She exchanged vows with Dare in 1967 when she was just 22. The duo was together for 22 years before announcing their divorce.

The couple couldn't handle their relationship and officially got a divorce in 1989. The couple doesn't have any children. After splitting with Dare, she preferred to remain single and devoted her time towards the welfare of society and people.

In 2004, she was given Officer of the Order of the British Empire (OBE). She was also honored with Honorary Doctorate of Arts from Plymouth University in 2012. In 2017, she was given CBE in New Year Honors ceremony.

Angela Rippon is one of the successful media personalities who has won millions of heart with her anchoring style. Along with massive popularity, she has also succeeded to make an impressive net worth in her 50-year-long and ongoing career.

Christopher Dare is an engineer but mostly he is recognized as the husband of BBC journalist, Angela Rippon.