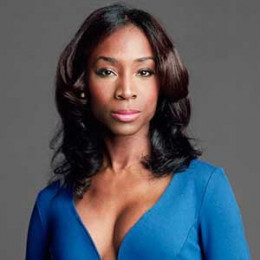 Angelica Ross is the founder and CEO of TransTech Social Enterprises, a firm that helps employ transgender people. Melissa Harris-Perry also chose Ross as her show's first "Foot Soldier." She was also cast in the series "Her Story," which won a nomination for an Emmy Awards. Ross is also a recipient of Visibility Award from Human Rights Campaign.

She was recognized as feminine from a young age. In 1998, at the age of 17, Ross confessed to her mother about being gay. But her mom didn't take it that well and told her to commit suicide, or she will kill herself. So Ross thought to end her life and overdosed on medication but survived.

Later, Angelica ran away from home and joined the U.S Navy. Six months later, she requested and received an "uncharacterized" discharge under the "Don't Ask Don't Tell" policy then in force, after being harassed by drafted men who bullied her saying she is gay. After her discharge, she moved back home and made friends with a drag queen, who helped her began her gender transition. Her parents weren't supportive of it and threw her out of the house.

Ross moved to Hollywood, Floride and began working as a model and escort until 2003. She then started a web development and graphic design business and started taking acting classes. Later, she moved to Chicago to become the employment coordinator for the Trans Life Center.

In 2014, Angelica launched TransTech Social Enterprises in Chicago. The non-profit creative design firm trained and contracted transgender and other workers. In 2015, Melissa Harris-Perry led more attention to the enterprise, choosing Ross as her show's first "Foot Soldier" of the year. Ross was the speaker at the 2015 White House LGBTQ Tech and Innovation Summit.

In 2016, she started acting in "Her Story," which is a web series about trans women in Los Angeles, which was nominated for an Emmy Award for Outstanding Short Comedy or Drama. The same year, she received a Visibility Award from the Human Rights Campaign.

Ross was once engaged but called off the engagement because her fiance did not want others to know that Ross was transgender.

Currently, no news and rumors about her affairs and dating have surfaced. So Angelica is possibly single right now.

Angelica has not revealed about her income. But she must have earned good sum from her work in the various fields. Ross probably has a net worth not less than six figures.