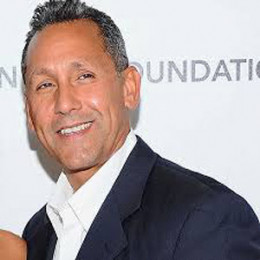 Angelo Pagan and Leah Remini met at a Cuban restaurant and started dating. The couple married on 19th July 2003 and has been blessed with a daughter named, Sofia Bella, born on 16th June 2004. Pagan's wife was rank19 in Stuff magazine's "102 Sexiest Women in the World". Pagan's wife Remini first movie is Critics and other Freaks. There is no record of his past relationship, dating, affair or girlfriend.