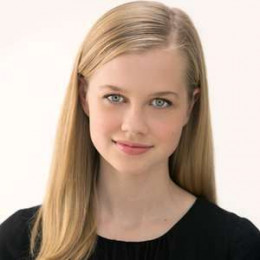 Angourie Rice is an Australian actress, famous for playing the leading role in 'These Final Hours'. She is the daughter of film director, Jeremy Rice, and writer, Kate Rice. Angourie played a lead role in the comedy action film 'The Nice Guys' as Holly, and portrayed Tegan in science-fiction fantasy film 'Nowhere Boys: The Book of Shadows'. She is booked to be appearing in the upcoming 'Spiderman: Homecoming", which will be released in 2017. Growing up in a creative family, Angourie won the Best Actor in 2012 for the film “Transmission”, which became her breakthrough in the entertainment world.

Angourie Rice, who lives with her parents in Melbourne, Australia is single and according to her public profile, she is not involved in any romantic affair, dating, or relationship. However, she is rumored to have a boyfriend inside the industry but no legitimate statement has been made so far. Rice has managed to keep her personal life as private as possible.