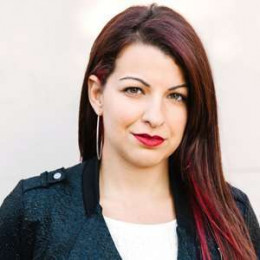 Anita Sarkeesian is a feminist social critic, who regularly makes documentary short films on women who are victims of sexual abuse. The film videos are uploaded on social media such as YouTube and on her website Feminist Frequency. She started her career as a writer after she graduated with a Masters degree in social and political thoughts from York University in 2010.

Information about her marriage life is not disclosed by any media. Anita Sarkeesian was widely criticized on the internet for her feminist views, and was threatened of death by many unknown users. Her social accounts and website were hacked and one attacker developed a computer game called Beat Up Anita Sarkeesian, where it prompts players to splash blood on her face. Stephanie Guthrie, a Toronto feminist strongly criticized the game and as a result, she was threatened to be killed and raped by someone who was never identified. Anonymous attacker also threatens Sarkeesian's personal life forcing her to change her residence.