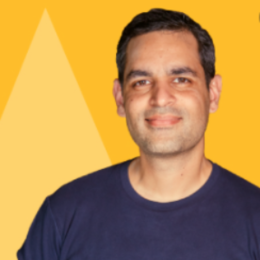 Ankur Warikoo is an entrepreneur, angel investor, mentor, and public speaker of Indian nationality. People recognize him as the founder of Near Buy

Entrepreneur Ankur Warikoo is happily married to his wife, Ruchi Budhiraja after dating for several years since he was 19. Warikoo claims to have seen his then-future wife in 1998. After two years of friendship, Ruchi finally admits her feelings, in 2000, for Ankur who is already in love with her. At first, Ruchi didn't admit it directly. Later, she expressed her love in many indirect ways. 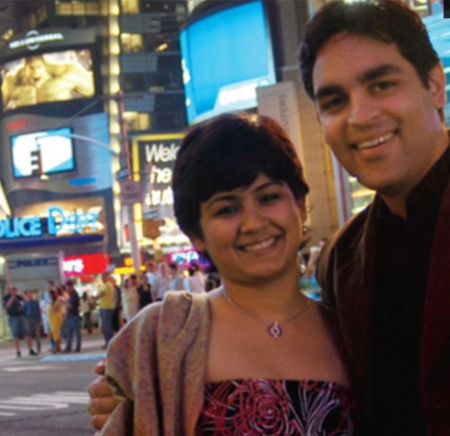 Ankur and Ruchi became engaged in December 2006 and tied the knot in October 2007. The lovebirds even went on a honeymoon to Koh Samui. At the beginning of their marriage, Ankur and Ruchi stayed at his parent's place.

Ruchi became with their first child in September 2010. Then in May 2011, she gave birth to her first child, Vidur Warikoo. Two years later, the couple welcomed second child Uzma Warikoo. In 2013, Warikoos bought an apartment for his family to move into.

Ankur Warikoo has an estimated net worth of $9 million at present as he makes a hefty amount through entrepreneurship, as an angel investor, and by being a mentor.

Warikoo is an active range investor and invests in initial-stage tech startups. Moreover, Ankur teaches the founders on Product Market Fit talent for hiring and retention. However, his major source of income is his career as a founder of Near Buy.

Ever since he named the brand "Warikoo Wednesdays, it has grown many folds and rank as a top social network. Before that, he established the Groupon business in 2011 and managed APAC GM until 2015.

Not to mention, Warikoo has always been passionate about public speaking too. Audiences can often find him giving motivational and leadership speeches at corporates, schools, colleges, and conferences. His speeches are usually based on consumer internet and entrepreneurial mindset.

Ruchi Budhiraja and Ankur Warikoos are happily married for more than 14 years. They share two children

Vidur Warikoos was born in May 2011 as the first child of Ankur Warikoos and his wife Ruchi.

Ankur Warikoos and his wife Ruchi Budhiraja welcomed their second childUzma Warikoo in 2013. Uzma has a brother named Vidur.