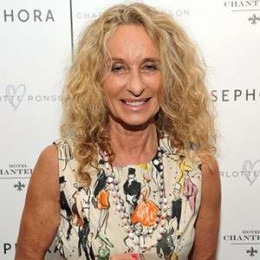 A socialite and writer, Ann Dexter-Jones, is an icon on the New York social scene, as well as a tireless supporter and fundraiser for youth rehabilitation charities, academic scholarships, and education.

Ann also involved with charities for the environment, the homeless, and political issues. She volunteers her services as a Reiki master, helping to heal children in Mount Sinai's pediatric ICU.

Ann was also married to Mick Jones, a musician, singer, songwriter, with who she shares two children, Annabelle and Alexander Dexter-Jones.

Ann married Mick Jones, a musician, singer, songwriter.The couple has two children.They are together for a long year.

Her daughter Samantha Ronson, a globally-known DJ and recording artist was born on 7th August 1977.

Her daughter Charlotte Ronson, a fashion designer was born on 7th August 1977.

Her son is Alexander Dexter-Jones.