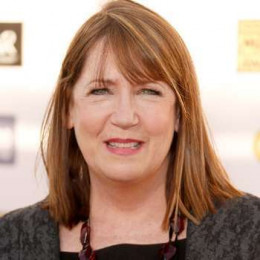 She is an American film, television, and theatre actress, best known for her role as Sandra in the movie Compliance for which she received the National Board of Review award. Some of her notable film credit includes Philadelphia, Flags of Our Fathers, Green Card, Lorenzo's Oil, Garden State, The Informant!, Marley & Me and Side Effects. She was born to Dolores Dowd and John Dowd.

Talking about her personal life, she is a happily married woman. She has been enjoying her marital relationship with her beloved husband since 1984. Her husband is an acting coach by profession. As the couple is together from a long time, they have raised three kids from their marriage: two sons and a daughter. Besides, there is no record of her past affairs till date.

He is the one and only beloved husband of Dowd, who by profession is a writer and acting chair for the CAP21 program. They are together since 1984.

She is the only daughter born to Dowd and her husband.

He is one of Dowd's child, who is very good at his studies and extra-curricular activities.

He is one of Dowd's son, whose date of birth and current status has not been disclosed to the media yet.