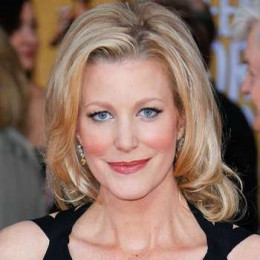 She is an actress, who came to prominence after playing the role of Skyler White on the AMC drama series Breaking Bad. For her role in Breaking Bad, she won Primetime Emmy Award for Outstanding Supporting Actress in a Drama Series (2013, 2014). She began her acting career in 1992 from the TV series, Quantum Leap. She was born to Shana, an interior designer and Clem, worked in real estate.

Moving on to her personal life, she is currently single but once was a married woman. Till now she has been married only once but unfortunately the marital relation didn't last long. She was married to her ex-husband for nearly 19 years and they have raised two beautiful daughters from their 19 years of marriage. She hasn't been through any relationship stuffs after her divorce.

He is the first husband of Gunn, who is an actor and real estate broker. The two were stayed as husband and wife for almost 19 years.

She is the eldest daughter of Gunn, who was born safe and sound.

She is the youngest daughter of Gunn, who these days is buys attending her school.