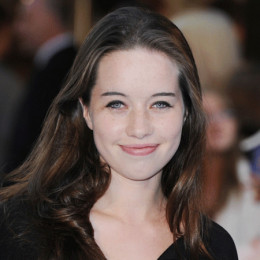 Anna Katherine Popplewell is a British television, theater and film actress, well known for her portrayal in films like Reign, Halo 4: Forward Unto Dawn and in The Chronicles of Narnia film series. She was born to Andrew Popplewell and Dr. Debra Lomas, a dermatologist. In 2010, she earned BA in English Literature from Oxford University. In 1999, she made her film debut from the film Mansfield Park.

Accounting her personal life, currently she is single. Till now she hasn't been married to anyone and also does not have any child. Though she is so charming and young, she does not have much affairs. Few years back she had dated a British actor with whom she stayed in relation for almost two years and broke up. Beside that there is no record of her affairs and other such relevant activities.