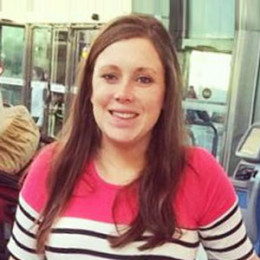 Reality television personality, Anna Renee Duggar completed high school at the age of sixteen. She accompanied her father, Mike Keller with his ministry work with the local Juvenile Detention Center.

Anna is best known for her appearances on the Duggar family’s reality television show. She married Josh Duggar , a television personality, and political activist.

As of early 19th July 2015, the couple has their fourth child named Meredith Grace Duggar.