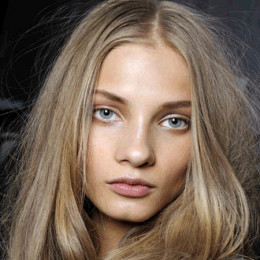 A Russian fashion model who started her career as a model in 2007 after signing with Silent Management in Paris. She is daughter to an Armenian mother and Russian father. She was discovered at a McDonald's. She was debuted in spring Akris, Celine, and Dries Van Noten shows held in Paris. She has appeared in the cover of popular Vogue magazines like Vogue Russia (twice), Vogue Italia, Vogue Paris, Vogue China, Vogue Japan, Vogue Australia, Vogue Espana and Vogue mexico. She has worked along with popular photographers like Steven Meisel, Mario Testino, and Peter Lindbergh. She has been featured in advertisement endorsement of popular brands like Calvin Klein Collection, Guerlain Aqua, Ralph Lauren, Emporio Armani, Yves Saint Laurent's Elle Shocking fragrance and Versace.

Talking about her relationship status, she has not married yet. Though she was rumored to be dating model Jean Paul she has not official confirmed the news. She has not disclosed if she is dating any guy or not. According to her she wasn't her boyfriend to be young, strong, rich and Russian. If you haven all that traits than you can hit a chance on her may be you can succeed to impress her.