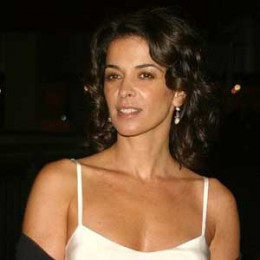 Annabella Gloria Philomena Sciorra professionally known as Annabella Sciorra is an American actress. She is famous for portraying the role of Claire Barrel in the movie The Hand That Rocks the Cradle. For her role in the film ‘True Love,' she received an Independent Spirit nomination for best Female Leas in the year 1989. The movie Jungle Fever in 1991 gave her huge recognition and which opened many doors for success.

Annabella is born to a housewife mother and a veterinarian father. Both of her parents are Italian American. She attended South Shore High School in the Canarsie neighborhood of Brooklyn and graduated in 1978. Sciorra studied dance as a child, and later she enrolled at Herbert Berghof Studio in drama lessons. In 1980 she graduated from the American Academy of Dramatic Arts.

Annabella had an interest in dancing which later shifted to acting. She has been active as an actress since late 1980s. In 1988, she appeared in an American-Italian television drama miniseries The Fortunate Pilgrim where she starred as Dr. Andrew McKay. Some of her featured movies include Internal Affairs, Whispers in the Dark, The Cure, King of the Jungle, Friends and Romans, Back In the Day and much more.

Besides that, she also worked in TV series like The Sopranos, Law & Order: Criminal Intent, Mental and so on.

Sciorra was nominated for Best Female Lead in Independent Spirit Award for the 1989 film True Love and came to widespread attention for her co-lead role in Spike Lee's 1991 film Jungle Fever. She was also nominated for the Emmy for her role in the series The Sopranos.

On 31st December 1980, Annabelle got married to actor Joe Petruzzi. These had dated for a while before they married. They were husband and wife for four years before they decided to end their marriage in 1993. The communication gap between them was one of the reasons for their split. The ex-couple didn't have any children.

Annabella after divorce from her husband Joe started her relation with Bobby Cannavale. The duo had an age difference of ten years. Their affair didn’t last more than three years as Bobby dumped her for his co-star of Mauritius, Alison Pill. After she broke up with actor Bobby, Sciorra hasn’t been emotionally attached to anyone.

This beautiful actress has been earning $375,000 annually, and her net worth is estimated to be $3million.

Annabella was married to actor Joe Petruzzi. Joe is known for movies like Stingers, Love’s Brother, Dino. Annabella and Joe before getting married, dated each other for quite a while, almost a year. After being together for four years these two decided to separate and divorced in 1993.