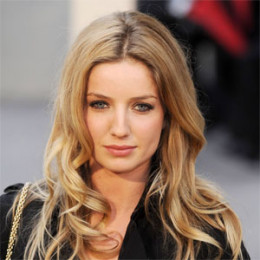 An English-Portuguese actress, Annabelle Wallis is currently dating with Chris Martin Since August 2015. She is best known for her role as Jane Seymour in Show time's period drama "The Tudors". Annabelle also can speak fluently English and Portuguese, some French and Spanish. She attended Saint Dominic's International School. Annabelle starred in the horror film Annabelle, a spin-off of 2013's "The Conjuring". She also did some advertisements.

Annabelle Wallis has been in relationships with model James Rousseau in 2010 but they ended their relationship on May 2014. She is rumoured to have hooked up with musician Jared Leto in 2010. Currently, she is a relationship with Singer Chris Martin h since Aug 2015. Annabelle Wallis is enjoying her life very happily and comfortably with her boyfriend so there are no signs of separation.