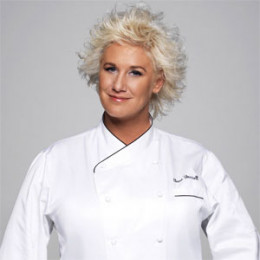 Anne W. Burrell is an American chef, TV personality, best known as the host of Secrets Of a Restaurant Chef, Food Network Show. In 2015, she won fourth installment of the Chopped All Stars tournament, where she won $75,000 for the Juvenile Diabetes Foundation. At the age of 16, she got her first job at McDonald's. In 1991, she earned BA degree in English and communication from Canisius College in Buffalo.

Talking about her personal life, she is a lesbian. She confirmed of being a lesbian through her statement in New York Post. She recently got engaged to her long time partner, whom she has been dating from past 2 years. Besides that she has never been spotted with any other personalities who can be assumed as her partner. There is no any bad rumors about her.