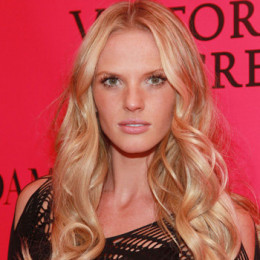 Anne Sergeyevna Vyalitsyna aka 'Anne V', is a professional model and actress. She is known for her 10-consecutive year run of appearances i.e from 2005 to 2014 in the Sports Illustrated Swimsuit Issue. By the age of 15, she began her modeling career after being scouted by IMG Models scouts and till now has appeared on the covers of Vogue, ELLE, and Glamour. She is the daughter of physicians Alla Vyalitsyna and Sergei Vyalitsyna.

Moving on to her personal life, she is yet unmarried but currently is in a serious relationship with her boyfriend who is a Yahoo executive. The two are dating since 2014 and still they have the same bonding with one another so they probably are looking forward to getting married soon. They have raised a beautiful daughter from their relationship. Few years back she was rumored of dating Calvin Harris and Alexander Skarsgård.

She is the only child of Vyalitsyna, whom she gave birth at the age of 29.