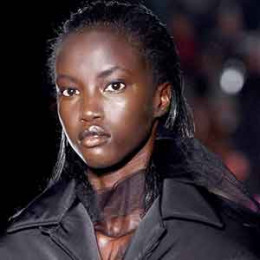 Anok Yai is an American- Sudanese model who came into the limelight after her photo which was clicked on Howard University's homecoming week got viral on social media. She is signed to the modeling agency called Next Model Management and while with them she has appeared in many modeling projects.

Yai became the first Sudanese model to open a Prada show which was a proud moment for her as she felt like she represented all the women of color who don't think they will be appreciated. While with Prada she was seen in the Prada SS Campaign in 2018 and will appear in a Nike Campaign which is designed by big fashion name Givenchy's Riccardo Tisci.

Anok Yai was born on December 20, 1997, in Egypt. She stayed in her hometown until she was two and afterward her family moved to Manchester, New Hampshire. 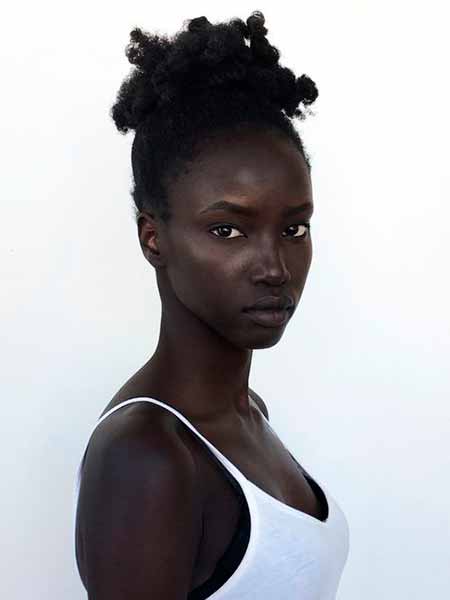 Her mom is a nurse while his father Yai grew up with her sister Alim and attended Manchester High School West for her studies. Later on, she enrolled at Plymouth State University where she studies biochemistry hoping to become a doctor.

Yai is professionally a model who was discovered when a photographer spotted her in Howard University's homecoming week She was invited by a friend to go to the homecoming and since it was a huge event she dressed pretty well.

He took her picture and posted it on his Instagram which went huge and received 20k likes. The picture also got the eyes of a big fashion agency like IMG Models who wanted to contact her immediately.

She never ever had thought about pursuing modeling as her career path but seems like the career chose her. When she was a child she and her sister were cast in America's Next Top Model where they were been competing against each other in an episode. 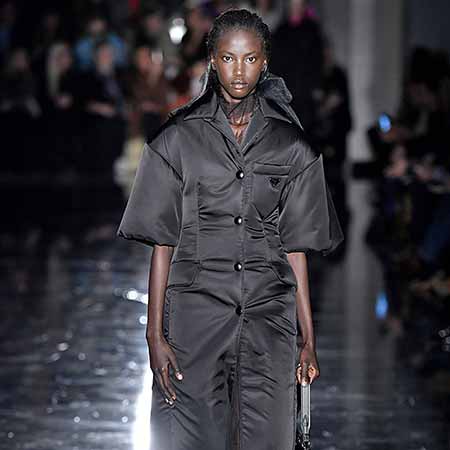 Prada is regarded as a huge step in term of someone's modeling career since the link with Prada often brings home many opportunities.

While with Prada she was seen in the Prada SS Campaign in 2018. Yai is set to appear in a Nike Campaign which is designed by big fashion name Givenchy's Riccardo Tisci.

Anok Yai's net worth is not estimated as of yet. She has walked for many big projects and has opened for big fashion names. The average salary of a model is around $32k to $48k depending upon the level of the model. They can earn annually a sum of $49200.

Anok Yai is not involved in any relationships at the moment. She is focused on her career and is giving her time to her studies. Her success in the modeling field is like magic to her but she is happy she got to change the perception of people regarding color.

Growing up she watched America's Next Top Model a lot and wanted to be a model growing up but never thought she would achieve her dream. As a model, she wants to be an inspiration for dark skinned girls and build confidence in them.

She is glad she is making an impact in the modeling world and representing all the women of color who are not confident enough about their abilities. Yai has some hobbies like swimming, singing and loves eating fast foods like Cheeseburger and Blueberry Cobbler.