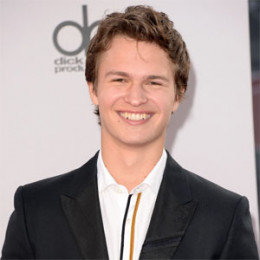 Ansel is best known for playing Augustus Waters in the romance 'The Fault in Our Stars' (2014). He also had a role in Jason Reitman's drama film Men, Women & Children.

He belongs to German, English, Norwegian, and Russian Jewish descent.

He rose to fame portraying the role of a cancer patient in the romantic teen drama The Fault in Our Stars in 2014.

In 2017, he performed in the action thriller Baby Driver for which he received a Golden Globe Award nomination for Best Actor in a Motion Picture – Musical or Comedy.

Elgort has an estimated net worth of about $5 million as of January 2019.

Ansel Elgort is dating Violetta Komyshan, his classmates since 2012.

"I think he had his eye on me because we were in the same lunch period or something. We exchanged numbers and became friends, and then we started dating when I was at the end of sophomore year."

The couple broke up in August 2014 primarily due to the actor's burgeoning career and a hectic schedule but reconciled after five months of separation in January 2015.

The hot couple Elgort and Komyshan enjoyed their romantic vacation in Mexico in January 2019. They were spotted packing on the PDA on the beach while enjoying the sun.