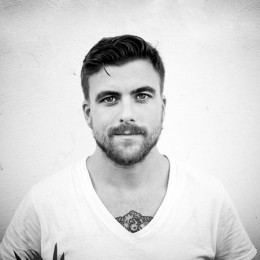 An American musician from Holland who is better known as lead singer of the experimental post-hardcore bands Circa Survive and Saosin. He is son to David Green, an opera singer and Audrey Helen Green, an instru-musician. He started singing when he was just 7 years old. He formed his first band in 1997 while he was still in his high school alongside with his classmate Tommy Dougherty. During his career he has worked for numerous bands like The Sound of Animals Fighting, High and Driving, Audience of One, Jeer at Rome and Zolof the Rock and Roll Destroyer. Beside singing he has involved himself in the organization named Invisible Children.

Exploring his personal life, he is already married with his longtime girlfriend. Prior to marrying his present wife he was in relationship with a musician. Sadly the relationship between them didn't work out well and they broke up. Currently he is the father of three beautiful children. He loves to spend time with his children. According to him he enjoys to be a dad. He seems to have perfect understanding with his wife too.

She is very gorgeous and beautiful. Together they are parents of three sons. Her picture along with Anthony can be found in different sites.

He is the eldest son of the family. He is handsome kid.

He is very healthy kid. He resembles more like his father.

He is the youngest son of the family. He is very cute boy.