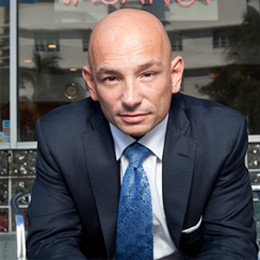 Anthony Melchiorri is a hospitality expert and television personality, best known as the producer, creator, and host of "Hotel Impossible", a Travel Channel's hotel turnaround show. He earned his undergraduate degree in business from Park University located in Parkville, Missouri. His first job was at the Embassy Suites in Times Square, before that, he served for 5 years in the US Air Force as a protocol officer.

When it comes to his personal life, he has stayed totally low profile. It is confirmed that he is a married man, but there is no any details about his wife.

He is the father of three kids but no any information has been disclosed on them. The family currently resides in Queens, New York. Details about his family background and his childhood status are kept out of media. He hasn't been a part of any controversial issues.

Anthony Melchiorri was born on 24 May 1965 in Brooklyn, New York. Previously, he worked for the U.S. Air Force.

At present, he is the co-executive producer, host, and creator of the Travel Channel's hotel turnaround show Hotel Impossible.