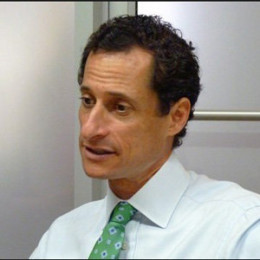 Anthony David Weiner is an American politician and former Congressman who served New York's 9th congressional district from January 1999 until June 2011. Currently he is famous because his multiple sexting scandals were made public. He has been involved in three sexual scandals related to sexting, or sending explicit sexual material by cell phone. The first led to his resignation as a congressman in 2011. The 2016 documentary Weiner covers his resignation from Congress and his run for Mayor of New York in 2013.

He became engaged to a long-time personal aide to Hillary Clinton, and they were married. His wife is Muslim of Indian and Pakistani descent. They had even parented a children together.On September 21, 2016, the Daily Mail published an article claiming that Weiner had engaged in sexting with a 15-year-old girl. So, his wife announced that she was separating from Weiner due to his continued third sexual scandal.

In May 2009, he became engaged to Huma Abedin and they married in July 2010, with former President Bill Clinton officiating. In August 2016, Abedin announced that she was separating from Weiner.

The couple welcomed their only son in December 2011.