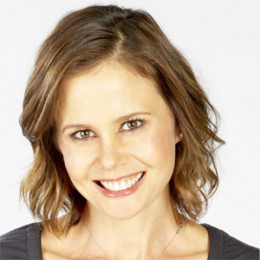 She is a journalist and TV presenter, who started her career in journalism as a researcher with the Nine Network's Today program and later worked as a news reporter for the Newcastle based television network, NBN Television. Till now she has been awarded Favorite Female Personality two times at the ASTRA Awards. She was born to Janelle Ann, a nursing educator and Dr. Antony David Kidman, a clinical psychologist.

Accounting her personal life, till now she has been married two times. She was married to her first husband for 11 years and together they have welcomed two daughters and two sons. Since 2010, she has been enjoying her second married with her second husband who is a Singapore-based businessman. There is no sign of their divorce, as they seem happy with each other's presence. The two are blessed with two adorable sons.

He is the first husband of Antonia, with whom she stayed for almost 11 years and gave birth to 4 children. He died in 2015.

He is the second and current husband of Antonia, who is a Singapore-based businessman. The two are married since 2010.

She is the eldest child of Antonia, who is active on the entertainment industry.

He is the second child of Antonia, whose nickname is Hamey.

He is the third child of Antonia, who is often pictured with his mom at various functions.

She is the 4th child of Antonia, whom she gave birth at the age of 36.

He is the fifth child of Antonia, whom she gave birth at the age of 40.

He is the eldest member in the family, who was born safe and healthy on December 3, 2012.