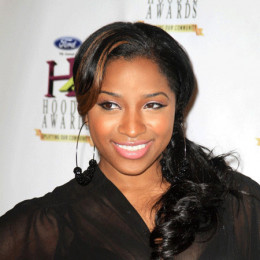 An American extremely talented reality television personality, author, and businesswoman. She is daughter to Anita Johnson-Andrews and Walter Andrews. She gained popularity after she starred in reality show on BET called Tiny and Toya. She is also producer of her own reality series in 2011 named Toya: A Family Affair. She is an author of popular book named Priceless Inspiration. Currently she owns a boutique called G.A.R.B., in New Orleans.

Talking about her personal life, she has married twice. Her first marriage was with a popular rapper who is widely known as Lil Wayne whom she had met at a corner store and Wayne was standing outside in New Orleans. She became pregnant with his child when she was just 14 years old. After giving birth to a beautiful daughter, the couple got married but sadly they got divorced after few years due to some personal reasons. After that she again remarried her boyfriend but the relationship didn't last longer than 4 years.

Actually they were middle school sweethearts. She gave birth to his child when she was just 15 years old. After she was tired of the cheating from her husband she divorced him.

Professionally he is the host of the BET show, "The Deal." Their marriage was performed in beautiful wedding in Atlanta in presence of many famous rappers and singers. Currently they have separated and are in process of getting divorced.

She is the only daughter form her first marriage. She has very good relationship with her father.