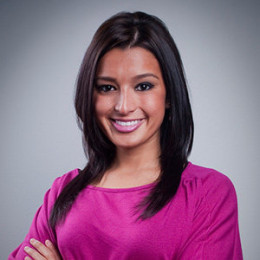 An American anchor and reporter, Antonietta Collins, is currently single. She is the daughter of award-winning journalist and author, Maria Antonieta Collins. At the age of ten, Collins was interested in soccer. She graduated with a degree of Bachelor's of Science in communications from the University of Mount Union. Collins began her first job on camera for Univision’s Noticias 48/FOX news team as a news reporter.

Collins is tight-lipped when it comes to her personal life. There are no rumors about Collins dating a boyfriend but she's believed to be in a long-term relationship with a professor from the University of Mount Union, Mark Bergmann.

The gorgeous lady is active on social media but she's left not even a single clue about her dating life.

Antonietta Collins was born on 22 November 1985 in Mexico City. Her mother, Maria Antonieta Collins is also a TV reporter.

Antonietta Collins has covered some major news stories on 'drug trafficking' on border sides. She is a SportsCenter news anchor who provides ESPN Now news updates within the weekday 10 a.m. and 11 a.m. editions of the ESPN news and information program.

Previously, she worked as an anchor and reporter for Deportes 23, Univision’s Dallas, Texas affiliate. Collins has not revealed anything about her personal life and relationships.