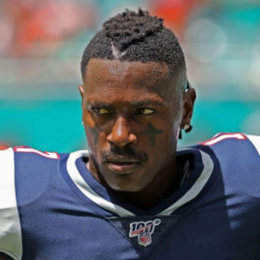 If you are a true fan of NFL and Tampa Bay Buccaneers then you surely know who Antonio Brown is? He is a controversial American football wide receiver who played for Tampa Bay Buccaneers of NFL. Brown was drafted by NFL in 2010 and gave his 100 percent for the Steelers. Amidst NFL career, Antonio won an AFC Championship and title of four-time Pro Bowl Selection. and two times First Team All Pro.

Brown proposed his long-term partner Chelsie Kyriss on 13 March 2020 and made it Instagram official to share the happy news. The renowned NFL star had a rocky love affair with Kryiss with whom he shares three children. The pair have now mended their relationship after Brown and Kryiss took their relationship to the next level. 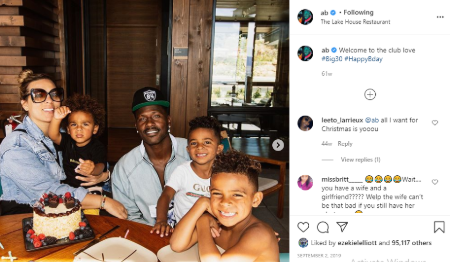 The couple, who have been together for years, has been documented in a series of disputes and reported many break-ups. Antonio had to deal with the Florida Police Department after an altercation. 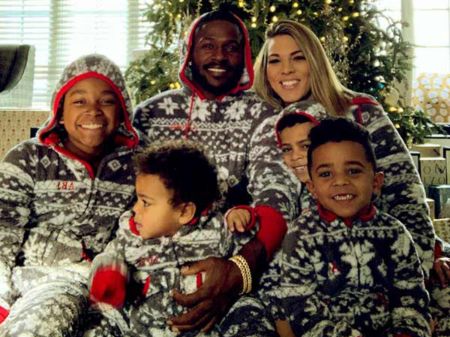 Footage from the incident displays Brown calling Out Chelsie in front of the officials. He allegedly threw a bag of candies at Kryiss and later reported they have broken up. At that time, Kryiss was demanding custody of her children with Antonio Brown. She has two other children Brooklyn and Kellen from a past relationship.

Antonio Brown and Chelsie Kryiss are Soon to Marry

Brown and Kryiss came closer around the Super Bowl week with Brown making efforts to develop their relationship. So on 12 March 2020, Antonio shared a video of him on Instagram holding his sweetheart close with the caption "I Just Proposed Chelsie".

Antonio Brown suffered a difficult 2019 after he was accused of sexual assault by former trainer Britney Taylor. He just immediately released by the Oakland Raiders and the New England Patriots in a span of 20 days. The wide receiver has allegedly been active on social media, calling out ex-teammates and other players in the NFL. Not only that, the 31-year-old was involved in a burglary incident where was caught by the Florida PD and charged with burglary and battery.

How Much Is Antonio Brown's Net Worth?

The Professional football player, Antonio Brown has an estimated net worth of $20 million. Believe it or not, he has had $71 million worth of NFL even though that number includes some money that he did not end up earning. 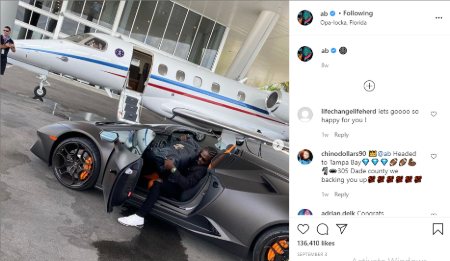 In August and September 2019, Brown had a number of verbal altercations with the management of his latest team, the Oakland Raiders. Suddenly on September 7, The Raiders announced they were releasing Brown and were deciding to rescind his $30 million signing bonus.

Antonio Brown and fiance Chelsie Kryiss gave birth to a baby on July 26, 2020. The newly born baby has two siblings.

Autonomy Brown is the first child of Antonio Brown and fiance Chelise Kryiss. He has two siblings ANtonio Jr. and Apollo.

Apollo Brown is the second child of Antonio Brown and his partner Chelsie Kryiss. He has two brothers. Antonio Jr. and Autonomy.,