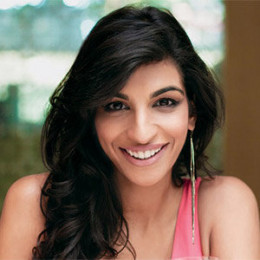 Indian singer, model, actress and former VJ, Anushka Manchanda is the daughter of Terry Manchanda. She was the participant in the reality television series 'Jhalak Dikhhla Jaa'. In 2006, she got her first opportunity to sing for a Hindi film, 'Golmaal', which is composed by Vishal-Shekhar. She came to prominence as a member of the Indipop girl group Viva!

Anushka Manchanda has also done a cameo role in the Bollywood film 'Dulha Mil Gaya', for which she has sung three songs. She has also appeared in a reality show of 'MTV Pulsar Stunt Mania' in the year 2010. Anushka has kept her personal life secret. Recently, she appears in a video, singing a song titled, "What would you do?" as an advertisement for Grey's Anatomy re-runs on Star World.