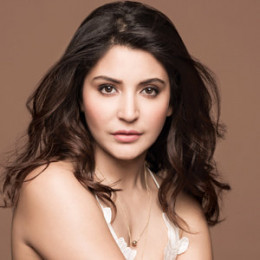 An Indian film actress, producer, and model, Anushka Sharma is currently married to Indian cricketer Virat Kohli. She was born to parents of an army officer Ajay Kumar Sharma and Ashima Sharma Anushka received a degree in arts from Mount Carmel College. She began her first modeling assignment for the fashion designer Wendell Rodricks in 2007 and made her Bollywood debut with Yash Raj Films' Rab Ne Bana Di Jodi opposite Shah Rukh Khan, which earned her the nominations for the Filmfare Awards for Best Actress and Best Female Debut.

Sharma played the leading lady in the crime-comedy Badmaash Company. Sharma is also the ambassador for multiple brands and products and has an active social media presence. Anushka faced the controversy, the wrath of Indians on Twitter when she misspelled Dr. APJ Abdul Kalam as ABJ Abdul Kalam Azad. She dated very shortly to model Zohev Yusuf and Ranveer Sing. Currently, she is married to Indian cricketer Virat Kohli.

Anushka Sharma was born on May 1st, 1988. She grew up in Bangalore where she finished her schooling and graduation. Her father, Col. Ajay Kumar Sharma, is an army officer whereas her mother Ashima Sharma is a housewife. Anushka’s native place is Garhwal in Uttarakhand.

Anushka has an elder brother named Karnesh Sharma, who was a state-level cricketer and now, is in the Merchant Navy. She studied in Army School, Bangalore and graduated with specialization in arts from Mount Carmel College, Bangalore. She later moved to Mumbai to pursue her modeling career.

Before becoming an actress, Anushka made her debut in the field of modeling. She did campaigns for brands like Silk and shine, Whisper, and Nathella jewelry. Later, she switched to acting. She has featured in 17 films so far, successfully establishing herself as a well-renowned actress in the Bollywood industry.

Anushka made her acting debut opposite Shah Rukh Khan in 2008 in Rab Ne Bana Di Jodi. She was nominated for Filmfare awards for best actress and best female debut after the success of her movie. She is one of the highest paid actresses in India.

Anushka Sharma is married to Indian cricketer Virat Kohli. The pair reportedly first met while shooting for a shampoo advertisement in 2013. Both signed up for Clear Shampoo commercial where they appeared together for the first time. After this shoot, they got more in touch, started meeting often and fell for each other

They became 'good friends' and since then, Virat was reportedly spotted on film sets and Anushka at cricket matches. After being seen together at an Indian Super League match in Pune, Anushka was spotted in the stands during multiple cricket matches in 2014.

However, the one that stood out from those was India’s game against Sri Lanka at Hyderabad where Virat had blown a kiss with his bat to his lady love after scoring a half-century.

With the popularity of their relationship came ugly trolls who found something as petty as one poor performance by Virat Kohli a reason to attack Anushka Sharma. It was in early 2016 when the couple had allegedly broken up to focus on their careers.

Virat and Anushka had unfollowed each other on Instagram and the public appearances had stopped. Yet, his gesture to speak out against trolls had been widely appreciated. But, soon they both were spotted together at Yuvraj Singh and Hazel Keech’s wedding busting a move together.

There were even rumors of their engagement but Virat took to Twitter to clear them out. Putting an end to months of speculation, Virat Kohli and Anushka Sharma finally tied the knot on 11th December 2017 in Tuscany, Italy.

Anushka Sharma has an estimated net worth of $35 million. Her source of income includes her salary and earnings from her career as an actress, producer, and model. Her personal investments total up to Rs $5 million, while her four luxury cars cost around $730,000.

Meanwhile, her husband Virat's net worth is estimated to be $60 million. He earns around $17 million annually while his two-month salary in IPL is $2 million. His six luxury cars cost over $1 million.