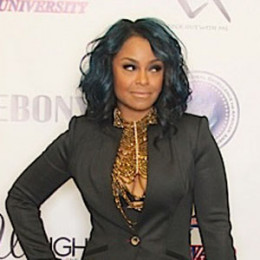 April Daniels is an American television personality. She is one of the cast members on the "Tamar and Vince show" and is the founder of the Rock Out With Me Campaign. Daniels is originally a talented hair stylist as well as a clothing designer. She is the youngest daughter among four children, her father was a military man and her mother was a homemaker. After graduating high school, she relocated to Los Angeles and obtained her cosmetology license.

April Daniels is married to Grammy Award-winning music executive LaShawn Daniels, who is also a musical artist, songwriter and also her co-star in the "Tamar and Vince Show." The couple has been married for over 13 years and has three sons; Omarr, Tahshon, and Jett. April  and LaShawn met at the video shoot for a singer whom LaShawn used to work. It was love at first sight for LaShawn and soon after exchanging number, they started dating, shortly after they were engaged and a year later, got married. April has not been seen in a relationship dating a boyfriend or married in the past.

LaShawn was head over heels the first time he met April. It was love at first sight for him as they meet in studio. After they exchange number, they started dating and were engaged soon and got married a year later. These two are parents to their three sons.